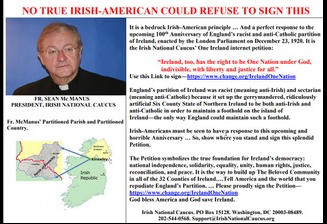 I am sure  by now most everyone has read, or heard, of Ireland’s formal election to the 15 member body for the 2021 – 2022 term. Ireland, along with Norway, secured their seats by a vote of the UN General Assembly on Wednesday 17 June 2020. Ireland secured 128 votes and will join the 5 permanent members, the United States, Russia, China, France, England and ten non-permanent members.

Following World War II those countries which had not fought on the side of the “Allies”  were required to apply for membership. Both the USSR and the United States had veto power and at that time both were using their veto against the other’s allies/friends, so very few countries passed muster between 1945 and 1955.

Ireland’s initial application for admission into the United Nations in 1947 was thusly vetoed by the Soviet Socialist Republic. The Russians did so because they considered  Ireland’s neutrality and “perceived friendliness” towards the Third Reich while also seeing Ireland as an American ally. As it is often said…”Perception IS Reality.” And to the Russians, the IRA’s new leader, Sean Russell’s trip to Berlin in May, 1940 to obtain arms and support. Russell received training in German ordnance, but died on a submarine while returning to Ireland as part of Operation Dove. Likewise, despite numerous rumours otherwise, no German U-boats ever used Ireland as a refueling base. “The origins of this claim likely originated with the 1939 dumping of 28 rescued Greek sailors by German submarine U-35 onto the Irish coast after the U-boat commander Werner Lott sank their Greek cargo freighter, which was bound for Britain with metal ore. This U-boat incident was featured on the cover of the popular U.S. Life magazine,”

“Before the war began, de Valera  had held a meeting with career diplomat Dr. Eduard Hempel, the German Minister in Ireland since 1938. The meeting discussed Ireland’s close trade links with the United Kingdom and the ease with which Britain could invade her if its interests were threatened. Hempel for his part urged German war officials “to avoid any action that would legitimize a British invasion of Ireland.”

Other examples of Irish attitudes towards Nazi Germany found expression in mid-1940 in de Valera’s Charge d’ Affaires in Berlin, William Warnock, whose “unquestionable” hostility to Britain could easily be interpreted as sympathetic for National Socialism.”

“The United States Ambassador to Ireland, David Gray, stated that he once asked de Valera what he would do if German paratroopers “liberated Derry”. According to Gray , de Valera was silent for a time and then replied “I don’t know”.

“ Ireland maintained a public stance of neutrality to the end, by refusing to close the German and Japanese Legations and de Valera signed the book of condolence on Adolf Hitler’s death on 2 May 1945.

“Despite the official position of neutrality, there were many unpublicized contraventions of this, such as permitting the use of the Donegal Corridor to Allied military aircraft, and extensive co-operation between Allied and Irish intelligence, including exchanges of information, such as detailed weather reports of the Atlantic Ocean. FOR EXAMPLE, THE DECISION TO GO AHEAD WITH THE NORMANDY LANDINGS WAS DECIDED BY A WEATHER REPORT FROM BLACKSOD BAY, COUNTY MAYO”.

Viscount Cranborne, the British Secretary of State for Dominion Affairs, wrote in a letter on 21 February 1945 to the British War Cabinet where he listed 13 major areas regarding  Irish -British collaboration during 1939-1945.

The neutrality policy led to a considerable delay in Ireland’s membership of the United Nations. The original term “United Nations” in 1942-1945 always referred to the Allies of World War II.

Sean MacBride was of the opinion that the UN boycott of Ireland was originally agreed at the 1945 Yalta Conference by Churchill and Stalin. Ireland’s acceptance into the United Nations was announced by John A. Costello on 15 December 1955.

“I believe that today’s result is a clear indication of Ireland’s standing internationally. This comes from almost 65 years of UN membership and a steadfast to building peace and investing in conflict prevention. There has not been a day since 1958 when Irish Peacekeepers did not serve under the UN Blue Flag.”

(For those of you who may not have yet seen the magnificent portrayal of the Irish Defense Forces in the made for NETFLIX Movie “Siege of Jadotville” which took place during the Congo Crises in September 1961, I strongly recommend you do so)